Why Did Google Wave Fail? Several months ago Google announced the discontinuation of Wave. This was a product that the entire tech world buzzing (no pun intended for Google Buzz users). As I think back to two years ago when there was so much anticipation I have to admit that I too was incredibly anxious to get my hands on the product and be part of its growth. As an early adopter I was part of the first alpha release to select developers to test the product. At the time, there were still several bugs and design flaws that need to be worked out, but I saw the general direction the revolutionary email application was headed. As I step back and analyze the reason for its failure to be adopted by users, here is what I came up with:

1) As this truley was a new form of communication there was a learning curve that would have taken many users longer than others. Particularly the 40+ user group that is not entirely familiar with chat, like younger users.

2) What need did it really address? As impressive as the technology on both the front and back end were, did it really solve a problem that we have with current online communication? Google may say Yes, but users clearly did not agree.

3) Adoption – in order for Wave to be successful it needed to be adopted by a large number of users. This is a challenge for lots of social media sites, and other tools that never reach high adoption and inevitably fail. 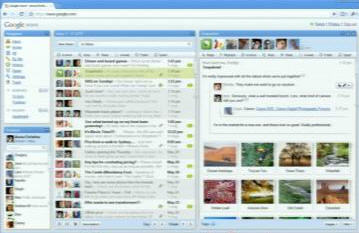 4) The user-interface was too overwhelming – as you login there is so much going on for images, lists, users, content, etc.

6) Proprietary application – Email, phones, and other communication has an incredible amount of competition. This is what makes the US a great place to do business. Wave had no competition and does not own 100% of the market for online communication (as much as they may think they do).

These are some of the challenges that I thought of. Do you agree? What will be the next application that comes along to improve online communication that has the hype of Wave?