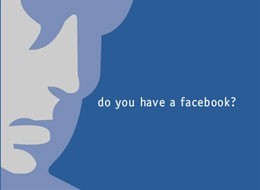 With Facebook’s recently publicized privacy blunders, it is time for Google to step up its promotions [and placement!] of little known Google Profiles. With the recent leak of the pending  GoogleMe social network, the time is right for Google to strike. Using their already available profiles, contacts and tweets as the rock, Google is primed and ready to take down the Goliath of social networking, Facebook. Here’s how.

A brief comparison of Google Profile and Facebook, followed by the 1,2,3 strategy Google can employ to take over the social networking world.

Let’s start by looking at both Facebook and Google from an overall utility perspective. Almost everyone agrees that of any tool that is available online, search engines are by far themost widely and extensively used. With that in mind, Google is considered the Cadillac of search engines. It is fast, runs clean and has all the geeks wanting to work on its engine. Facebook on the other hand, can arguably be described as the Mazda Miata of the web… It has sold very well for a few years running now, looks kind of nice, girls love it, boys love girls so they love it too and it to top it all off it is easy enough for grandma to drive.

The problem for Facebook here is that short of its chintzy retractable roof and great sales figures, there is nothing really special about it. Google can and almost certainly will use this lack of broader utility to launch a loud beta of their own social network, recently dubbed GoogleMe. With this product, Google has the opportunity to make its network’s users entire web experience more social, seemless and informative. Here’s how:

Imagine you are trying to find information on effectively marketing your business online. As of today, most of your searches lead you to company websites and blogs that are vague, incomplete and ultimately try to make you buy something. Now imagine that when you were a member of GoogleMe and searched for this information, you got relevant data from members of your social network and found out that your best friend from High School is an internet marketing expert. Touch of a button later you are connecting with an old friend in a meaningful way that is not really practicle today.

This would not only improve Google by making searches social, it would also represent a major improvment to social networking as a whole and provided there are no major buckles in the nuts and bolts of their regular social networking interface sign the eventual death toll for what is currently the largest social club in the world. Barring Google being nice and partnering with Facebook, there is really little that can be done to save it if the rumor of Google’s latest project is true. 2-4 years from now Facebook will look like MySpace, Google will be bigger than the Catholic Church and I will hopefully be sipping hurricanes on a beach somewhere here in sunny San Diego.