Are You Ready For The Wave? 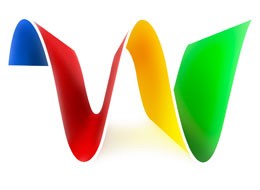 Google today released the beta version of their ground breaking web technology Google Wave to a closed group of 100,000 testers. The final test group will help Google locate the remaining bugs in the product before its highly anticipated release later this year.

Wave has been a highly talked about product ever since its announcement last May at Google I/O 2009. The ground breaking technology combines elements of e-mail, wiki, chat, blogs, and more into one robust communication platform. The Australian brothers who head up the project are the same developers that gave us the highly used Google Maps functionality. Their thought process behind the Wave based around the fact that e-mail was created over 40 years ago and what it would look like if it were recreated with today’s technologies.

The release date is expected later this year. Those who are seeking the early peak at the product will find difficulty unless they had signed up early for the test group.

view the preview of the Google Wave as it was introduced at Google I/O 2009.