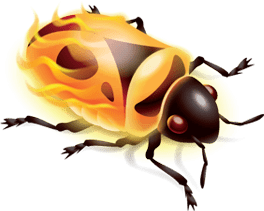 Here at CPD, when we are doing our bug/browser testing on new sites, Internet Explorer has always been our last and least favorite web browser to test in. It has no native developer tools and very poor plugin support, which has always made debugging code in it very cumbersome. Unfortunately for us, Internet Explorer is also the most bug prone and widely used web browser on the planet. This makes the obvious solution of ignoring its existence somewhat impractical… If only there was a tool out there for IE that worked as well as chrome’s developer console or the Firebug plugin for Firefox.
Enter: Firebug Lite
If you are a designer/developer, the name probably rings a bell… Firebug is the very popular extension for FireFox that allows designers/developers to very quickly determine the code controlling any part of a web page and… drum roll… there is a ‘light’ version that you can use with IE. It is definately not as full featured as the FireFox version but it is about 1000x better than anything else we have tried, plus it is a snap to install.

If you dread testing in Internet Exlorer, you owe it to yourself to give Firebug Lite  a try. Get the latest version of Firebug Lite here: http://getfirebug.com/firebuglite